I'm very sad to announce that there will be no season this December. I had a few things planned for a balancing season. The idea was to do a small update and buff underused/underperforming cards. But whenever I sat down after work at my computer, I couldn't get stuff done. I felt bad releasing just a small update without actual new content, which would waste a lot of your just time playtesting some balancing adjustments. So I have nothing that's worth releasing this year and I'm very sorry to let you down! It seems I really needed a little break from working on the game. That being said, next year Mazebert TD is going to turn 10 years old. I'd love to celebrate this with a content update / season that's worth playing. The theme of next season will be a new type of towers: Water towers. Water towers can only be built on water tiles, not on land. Each water tower you build, will reduce the amount of your possible land towers by one. Water towers will be added to all current elements of the game. For instance, a Nature water tower could be a Blue Whale, while a Metro water tower could be a Battle Ship. In case you have ideas for water towers, I'd be very happy if you post them in the forum under card ideas. As always, you will be mentioned as author on the card and in the credits, for any tower idea that gets implemented. I'd also still like to buff some underperforming cards together with next year's big content update. You know the game much better than I do, so very happy about any suggestions on that front, too. I wish all of you a pleasent and relaxing Christmas time! Andy

Version 2.6 is now available for all platforms.

This version fixes two annoying bugs introduced by 2.5. I'm finally back at my PC to release it on all platforms. Sorry for the delay and thank you for your patience! After the upgrade you should be able to normally continue those games that crashed with out of memory errors before.

The black market will operate free of charge on the Christmas weekend. Merry Christmas everyone!

Version 2.5.0 is available for Android, iOS and Windows. This release prepares the app for the upcoming Rag nar Rog season starting December, 3rd.

I'm happy to announce that version 2.4 is ready to download for Android, iOS and Windows.

I'm happy to announce next season's supporter reward! Viking Blod Mead adds the Extra Gore cosmetic effect to the tower(s) drinking it. Since Extra Gore fits extremely nice with the spooky season, there will be a Halloween version end of October. In this version the supporter pack can already be purchased and played with. The Halloween version will also contain the new Snore Fox tower and spooky map tiles themed around Halloween. 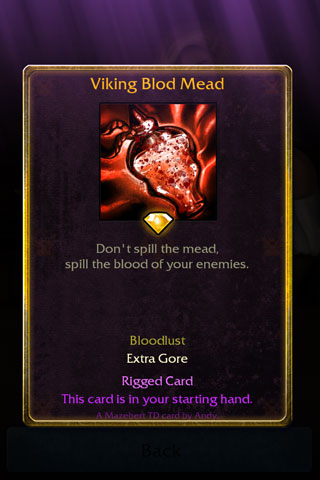 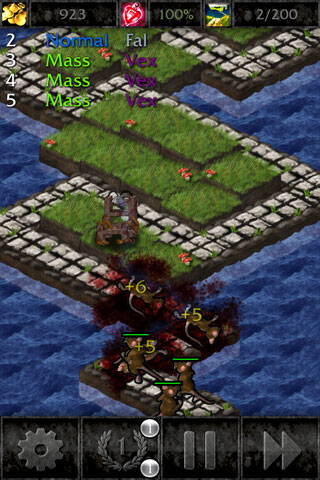 How can I register?

Play the game! Complete your first game and your wizard earns a name, a savecode and write access in the forum.